The Great Plague of London 1665 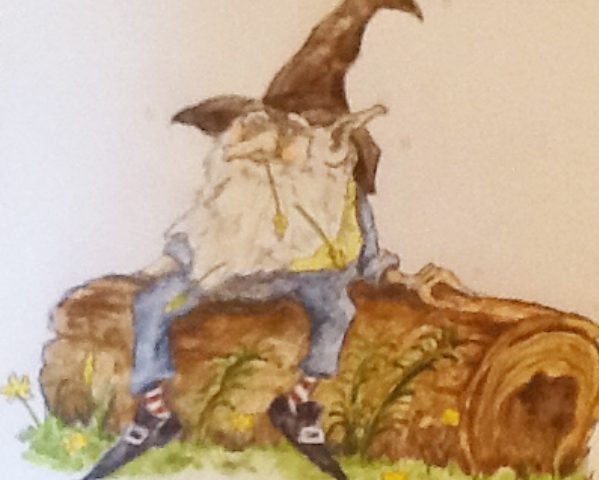 Everyone loved Norman the gnome who was old

Some say he was over a million years old.

He would tell stories the most exciting ever told

And the little folk enthralled, would listen to the story unfold.

Having told his tale he lit his pipe,

Meanwhile, the little people were preparing for a grand party,

They moved tables and chairs in The Great Hall for the ball.

The elf orchestra had been practicing,

The best cooks in the kingdom were cooking,

Remembering The Great fire in London in 1666

“This fire in our kingdom we must now fight.”

The little people had practised the drill,

Those with wings carried watertight bins,

Flying to the lake nearby, filling them to the brim,

Returning pouring water onto the hungry flames within.

Norman the gnome awoke with a start,

He was soaked to the skin, his room in disarray.

“My pipe must have started the fire” he said in dismay.

“With my wand ” said Faith the fairy, “all will be, as yesterday.

And so it was. The queen had a lovely birthday.

Everyone was there, but the one who saved the day

Was Gail the guinea pig, with her sensitive nose.