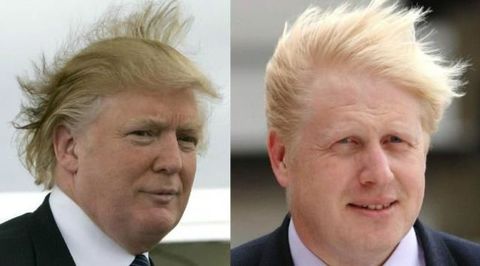 The terrible twins have appalling policies.
Never before, in The West, has there been so much disunity.
So many citizens now suffering, from severe anxiety.
Not due to war, but the twins, who inflict grave injury.
Guns, in the US,Trump upholds, causing hundreds of young, being murdered and maimed.
At the same time, energising the xenophobic flame.
Babies from mothers, taken away, to his shame.
And uncontrolled pollution, he happily put in place, in the US.
The other twin, blowing money down the drain,
Boris, making Brexit his personal domain.
And putting in peril the Irish peace agreement,.
The pound now plummeting and growth shrinking.
And the horrible fear of jobs losing.
These are just a few of the twins pranks,
How I wish they could be,metaphorically spanked.
Does the world deserve, these self serving boys
Who play with politics, as if playing with toys?